This is the second part of in a series on how the data was created for the 2015 iBurn map. I would suggest you read making the streets first.

The simplest polygon are the plazas. There are two pieces of information needed to create a plaza, the center and the diameter of the plaza. The diameter of the plazas is published in Burning Man’s Golden Spike information. Then in the layout.json file we capture the the distance from The Man, either a street or in feet, and the time angle. From this we can derive the center point. Using the same function from creating streets we can create a circle around the center. 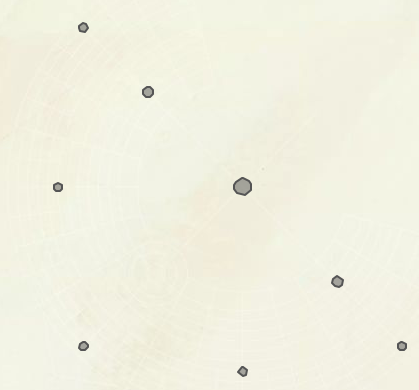 The Center Camp Plaza is a little trickier because the Café is right in the middle. Looking at previous years satellite imagery and other pdf maps I was able to estimate that the the Café structure has a 110’ radius. So it’s easy with geoJSON to describe a polygon with ‘holes’ so we just add the Café polygon as a hole to the larger Center Camp Plaza.

I was really excited to add portals to our map this year because it really helps to orient yourself out on the desert. I wanted to get the portals as accurate as possible so I looked at past satellite imagery to try to understand their dimensions. From the imagery they seemed pretty consistent starting at a particular street intersection and expanding towards The Man, terminating at either Esplanade or Rod’s Road for the Center Camp Portal. I estimated the angle to be about 20 or 30 degrees depending on the portal.

To create the portal first I create an angle starting at the intersection with edges a 1/2 mile opening up towards The Man. Then I took Esplanade (for 6:00 portal Rod’s Road) street and ‘cut’ the angle’s edges. To cut cut the angle I used the jsts difference function. Then you have a portal! 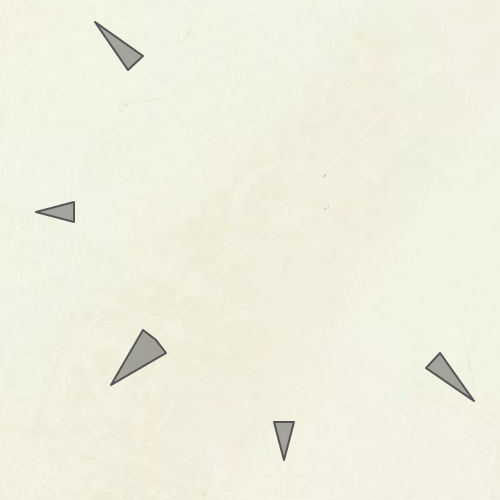 The problem is that 9:00, 3:00 and 6:00 portals overlap their plaza. I decided that the plaza was the more defining feature at that point so I cut those portals again with the plaza so there wasn’t any overlap for the renderer. 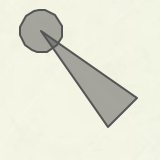 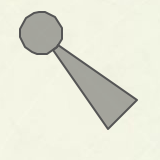 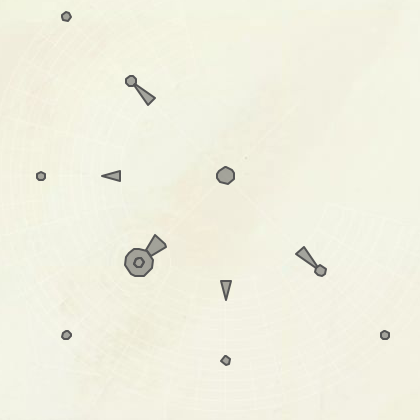